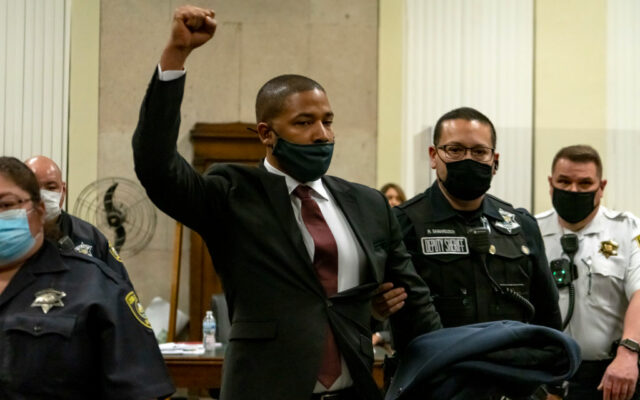 Y’all remember when The Big DM would have “Empire” Live Broadcast? Well those days are long gone for us and Jamal.

Former Empire star Jussie Smollett has been sentenced to 5 months in jail and 30 months felony probation for his role in a hate crime hoax.

According to court documents, Smollett must serve those 150 days in jail and pay $120,106 in restitution to law enforcement for their resources in investigating the hoax. Oh, he was also charged $25,000.

In 2019, Jussie alleged that he was attacked by two people. In 2021, Jussie was found guilty of five out of six felony counts of disorderly conduct.

Do you agree with Jussie’s sentence?

Actor Jussie Smollett is in court in Chicago, where he will be sentenced for staging a hate-crime hoax in January 2019.

In December, Smollett was found guilty on five counts of disorderly conduct for lying to police about the attack – which he hired two brothers to help stage.

Smollett faces a maximum of 15 years, or three years for each of the five counts.  The judge will determine whether any sentence would be carried out concurrently, or consecutively.

What do you think the sentence will be?  Does he deserve jail time?