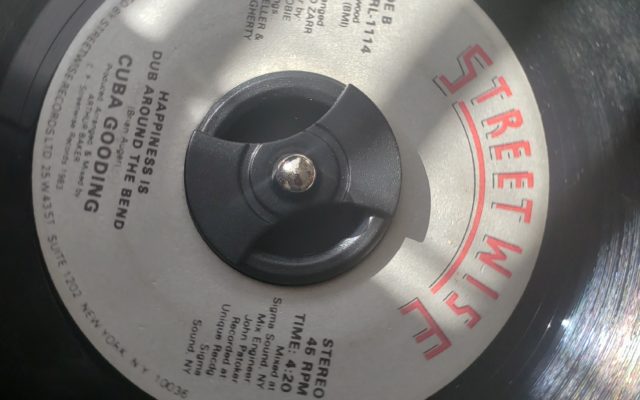 Good Monday morning!! Hope your weekend was dope, the weather…oh, the weather, storms, cool, sunny, hot..you’d think I was describing a month, not just a weekend.  Hey, what’s the over/under on the governor extending the ‘quarantine in place’ period?  My guess is it’ll be extended til the 15th of next month, what do you think?

When will 'quarantine in place' be lifted for our area?

Happiness Is Just Around The Bend, probably the most popular solo cut by birthday boy Cuba Gooding Sr.  That’s what I’d like to think, it’s just around the bend and, by happiness, I’m referring to being able to comfortably and confidently go outside and enjoy spring.  Gooding Sr. story is interesting, His fathers first wife was assassinated for being linked to Marcus Garvey (his name is actually a promise to her), and of course, he has not one but two sons that are actors, you may have heard of Cuba Jr. and Omar. The above pic, that’s a record that has been in my collection since…well probably it’s release. That ‘Street Wise’ label, the only other record I have on it is ‘Candy Girl’ by New Edition.  Anyway, let’s get to Monday.  Be sure you’re listening for the code word each hour to win your way to $1k. Get at me on Twitter and Instagram @albjam pour another cup and turn your radio up……..yup.